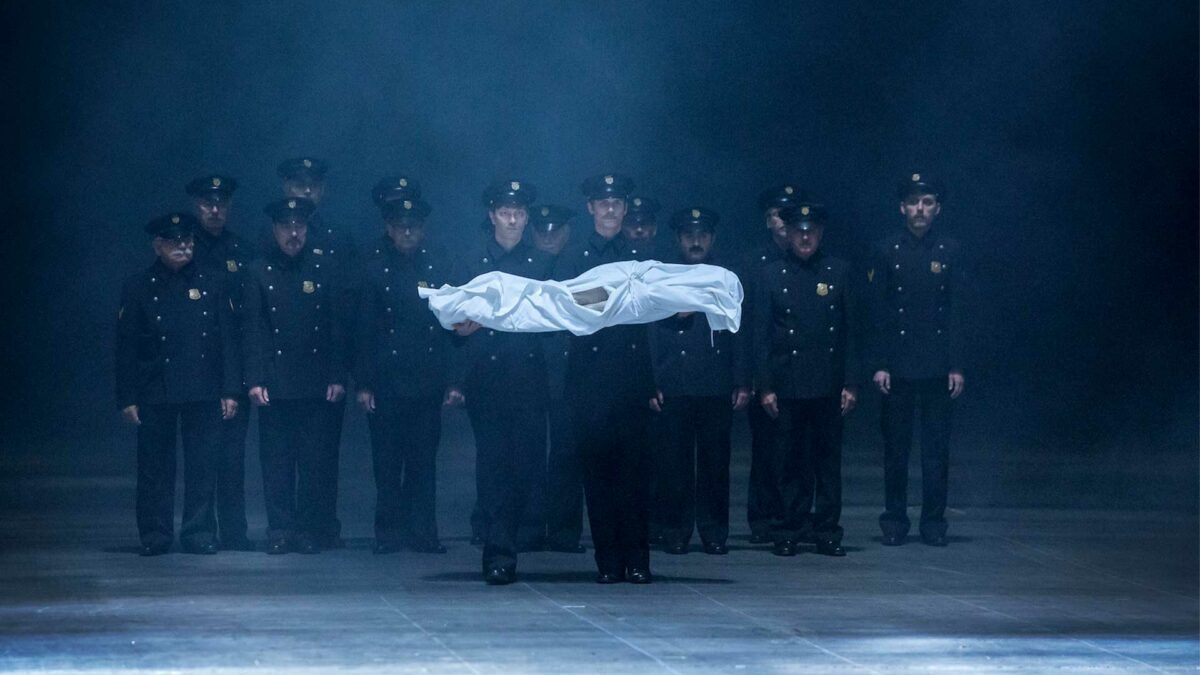 The thirtieth edition of Temporada Alta has led to the recovery of programming from outside our borders and the resumption of all the lines of internationalization promoted by the festival. This year the presence of artists from various parts of the world has returned to the usual figures. Among the great names of the international scene that have been present in this edition are Christoph Marthaler with Aucune Idée, Alain Platel with Gardenia, Christiane Jatahy with Entre chien te loup, Romeo Castellucci with Bros, or Guy Cassiers with Antigona a Molenbeek and Tirèsies, among others. The already usual presence of some of these playwrights confirms that, for some time, several renowned companies have included the festival in their European tours.

During this last edition, Temporada Alta has also established itself as a meeting point for performing arts professionals from around the world. The organization for more than 10 years of the Professionals Week and the reception of the Satel·lit IETM this year in Girona have added 224 professionals from 24 countries. We have also participated in two projects that aim to promote the circulation of artists at a European level: Pyrenart and People Power Partnership. The festival will also recover in 2022 the tenth edition of Temporada Alta in Latin America.

One of the main axes of the festival is the collaboration with companies, producers and teams from the country and abroad. This year, the festival has scheduled 26 shows that are its own productions or that it has helped to co-produce, 19 of which have a guaranteed tour or season in theaters –6 of which abroad– after passing through Girona. One of the lines that Temporada Alta has continued to promote has been to invite great international directors to work with Catalan teams. In this edition, the director has been the Lithuanian Oskaras Koršunovas, who has directed L’Oncle Vània by Anton Txèkhov with a Catalan cast led by Julio Manrique.

The commitment to supporting dramaturgy has been reinforced in recent years, coinciding with a time when the pandemic has significantly affected the country’s production system and the resources available to companies. This year, the festival has produced El cos més bonic que s’haurà trobat mai en aquest lloc, by Josep Maria Miró, directed by Xavier Albertí and performed by Pere Arquillué, and I només jo vaig escapar-ne, by Caryl Churchill directed by Magda Puyo , the latter with a forthcoming version in Spanish and with a planned season, also, in Madrid after the current tour of Catalonia.

The central project that conveys the educational commitment of Temporada Alta is A Tempo – Arts i Formació. In its fifth edition, the project promoted by the Fundació La Ciutat Invisible with the support of the Banco Sabadell Foundation, has resumed its usual face-to-face format with a broader program of activities, in which a total of 53 public and subsidized educational centers have participated. , which represents the highest participation figure since the project began in 2017. A total of 2,693 students have participated in the A Tempo project, with 111 teachers and 53 schools involved.

The social aspect of the festival has been conveyed, above all, through the social tickets program. This year a total of 3,975 tickets have been delivered to social and educational groups, 615 of which to 20 groups through the ticket program, as well as 2,383 at a reduced price.