One of the most powerful and balanced years

The twenty-third Temporada Alta, one of the most powerful and balanced, is visited by great international names (Brett Bailey, Peter Brook, Alain Platel, etc.) and displays a firm commitment to national creation. Although still experiencing a difficult economic situation, we work towards our internationalisation. We develop more and more structures for our relationship with the international stage in order to help the new generations of Catalan artists to interact with other countries and present their creations outside Catalonia. 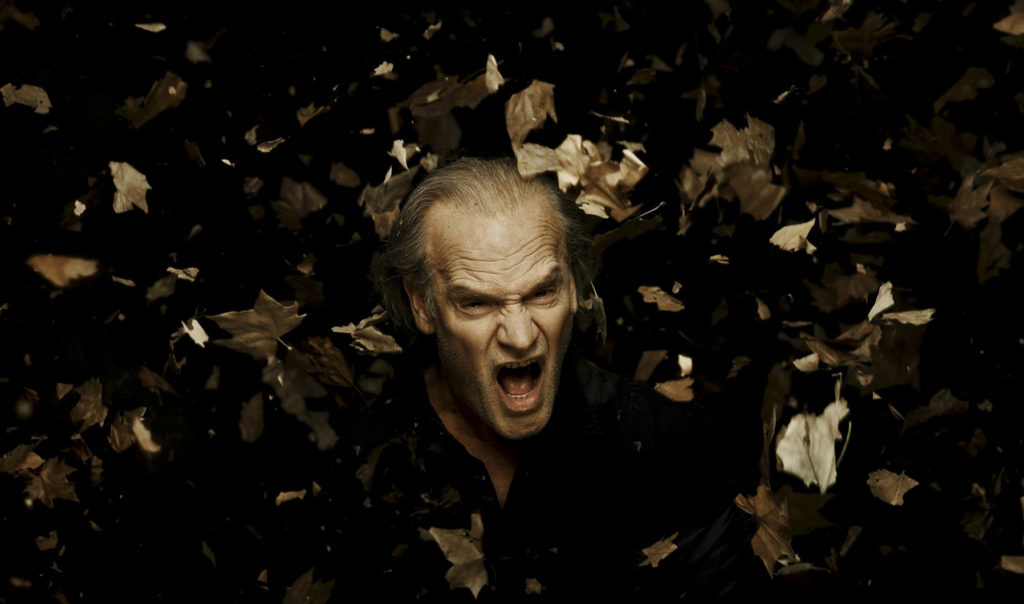 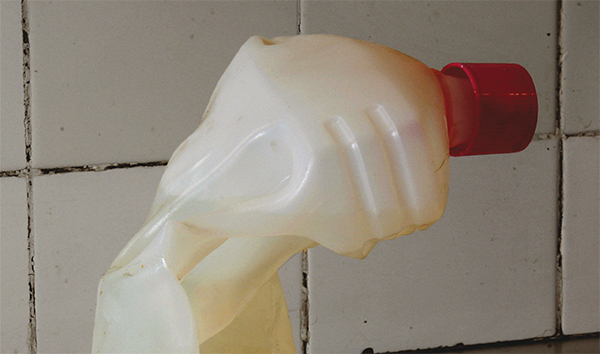 “It’s an image that forms part of a wider study”, says Eulàlia Valldosera, talking about the bottle featured on this year’s Temporada Alta Festival poster. “I have been working with soap containers for many years”, the artist continues, “because they are very impersonal things, because they cannot be turned into fetish objects. We don’t place any value on them, but the ancient origins of the container were instrumental in founding our community, having facilitated our capacity to store things”. This plastic bottle has the potential to throw up a number of questions: is it one of the props for a show, and, therefore, a reflection of the actor who ??used it? Could the fact that the packaging may hold some kind of detergent be a metaphor for artistic catharsis? There is one striking fact, however, which prevents the immediate interpretation of this piece: the bottle is full. “The underlying impression is that we are looking at an object that is damaged, a waste object”, explains the artist. “Somehow it sparks a discussion about the relationship between container and content, and the relationship between the physical aspect and the emotional aspect”.

In the end, therefore, the poster image, a character that does not lose its dignity despite the knocks it has received, is a “metaphor for the artist, actor, creator in their capacity as a container that channels inspiration. Inspiration flows through the artist, wherever it comes from”. The artist concludes that inspiration can come from the collective imagination, and the mouth of the bottle makes reference to both the gestures and questions it poses, and communication with the community. Another idea suggested in the work, is that of recycling. “I refuse to artificially produce an object, I refuse to view my work as a production company, as a capitalist factory, one object after another, bearing a brand, a logo, a signature and, therefore, having a value”, insists the artist.
Eulàlia Valldosera began working with plastic containers in the early 2000s. She has often used them in installations made out of ??fragile items – a spotlight, a slide projector – reminiscent of a low-budget play, because the most important thing is that the dialogue reaches the public unhindered and lifts the veil. “The staging of contemporary art has certain conventions”, says the artist. “A gallery should have white walls, there should be frames, and my work questions those frames – the boundary between what is art and what is life”, she adds. “I use the white walls as a container, like a receptacle, like a screen on which I project lights and shadows, moving images… I compare the sterility of art galleries with hospitals”.

Eulàlia Valldosera (Vilafranca del Penedès, 1963) is considered one of the most important artists of her generation. In 2002, she won the National Plastic Arts Award following the retrospective exhibition shown at the Antoni Tàpies Foundation – Eulàlia Valldosera. Works 1990-2000 – and her work is featured in galleries such as the Reina Sofia Museum, MACBA and the La Caixa Foundation Contemporary Art Collection. In 2009, the Reina Sofia Museum honoured her with another retrospective, entitled ‘Dependences’. In addition, Valldosera has participated in international art events such as the Venice Biennale, the Sao Paulo Biennial, the Istanbul Biennial and Skulptur Projekte Münster.
Trained at the Barcelona School of Fine Arts and the Gerrit Rietveld Academy in Amsterdam, where she began her career in the early 90s, Eulàlia Valldosera set painting aside to begin exploring topics such as the identity of women and the body, through photography, projections and video. Her installations also challenge the objective and commercial nature of works of art. 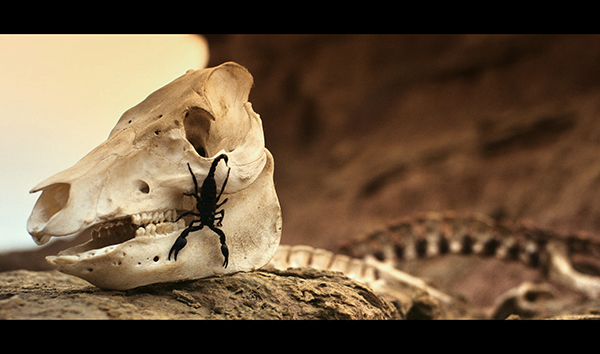 The origins of the idea for this year’s Temporada Alta promotional video is the famous scene in which a bone, thrown by a hominid, turns into a spaceship whilst flying through the air. The longest ellipsis in the history of the cinema. The origins and the goal. That is the question: where are we going to? The idea is that we should always aim for improvement and progress, but, for some time now, we seem not to be very faithful to this idea.
SHOW MORE

Progress and species:
Progress is what has meant that, over a few thousand years, we have changed so much and have transformed the world so greatly. On the other hand, other species are practically the same now as thousands of years ago. An example of this is the scorpion, which is also one of the few creatures capable of killing itself (or so they say).
The other species that can do this, without a doubt, is man.
If we acknowledge the subject matter of the piece is the situation experienced by the world of culture in Spain, makes the presence of a scorpion walking calmly over a skull acquire a great deal of significance.
But then, once we have seen that this is a homage-parody of the film in question and we have explained all this about progress, we see that the bone does not become a super, futuristic spaceship, like in the Stanley Kubrick film, but is simply lost in the immensity. What should have been the longest temporal ellipsis in history, has finally become a very short ellipsis. The first thing we see is the actor. The actor who is playing the role of the hominid has now been wandering, lost and half-dead from thirst and hunger, for hours or days.
Then the actor takes off his mask and reveals face. We find out he is Jordi Vilches, Salt’s greatest actor. He is dejected and in a bad physically state, crossing this desert has “destroyed” him and he will only survive if destiny brings him a gift. This divine intervention comes in the form of a water bottle, which falls from the sky.
He is delirious with hope and throws himself on it with all his might, because a few drops of water will save his life.
But, unfortunately, there is no water in the bottle. There is no miracle, luck, fate or deity that will save him. He cries out in desperation. That inhospitable land has killed him. This is the end. Or maybe not. In fact it isn’t. Because in any desert you may always find an oasis.