We maintain the course initiated the previous year, although the number of scheduled shows increases slightly. This event will register the highest ticket sales in our history. Two years ago we began working on internationalisation and this year we take a step further by consolidating small cycles within the Festival: Contemporary Creation Week, #FF80 Dance Cycle, Seasonal Cinema and Latin American Connection. The above reflects the desire for Temporada Alta to become the festival of a country and, above all, the framework of reference for the relationship between the Catalan and international stages. The Festival is visited by artists such as Marta Carrasco, Albert Serra, Pequeño Teatro de la Morondanga, Oskaras Korsunovas, Sidi Larbi Cherkaoui, Guy Cassiers, Mariano Pensotti, Thomas Ostermeier, Àlex Rigola and Propeller Theatre Company. 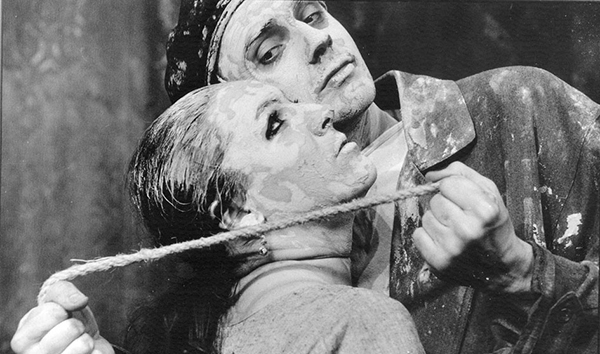 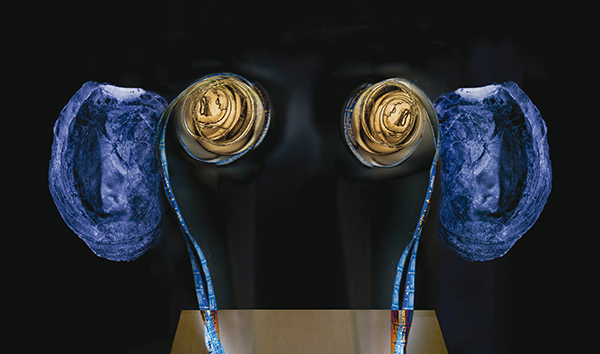 This year’s poster for the Temporada Alta festival is as commonplace as it is intriguing. The photographer Josep Maria Oliveras only required three elements to capture the spirit of the festival in a portrait – a seamstress’s measuring tape, a fossil and a small piece of wood. Oliveras explains that the protagonist of the image “strives to use the minimum to generate an impact and emotion”. He adds that “there is a duality to the character: he is at once an actor and a spectator”. Lastly, the piece of wood in the lower part of the image brings to mind a podium or the boards of a stage. “The first thing it makes you wonder is what the image represents. I wanted to make an image that was impactful, fresh, fun and elegant all at once”, says the artist. The other surprising element of the piece is the blackness that envelops it. “Black adds an element of mystery and surprise”, he explains.

While Josep Maria Oliveras assures us that his portrait does not represent either of the theatrical masks of comedy or tragedy, the same playful yet experimental spirit of his image can be found in in another work of art, namely the sculpture of a female baboon with her child created by Picasso in 1951, using a toy car as the figure’s head. The use of objects that we find in both pieces has a playful nature which, at the same time, is much more profound than it may first appear.
This year’s poster for the Temporada Alta festival marks an exception to the rule. Throughout the festival’s twenty-year history, photography has been used to create the poster on very few occasions, although the photographers who created the posters in 2004, 2006 and 2012 are three of the heavyweights of the Catalan artistic scene: Toni Catany, Joan Fontcuberta and Francesc Torres. Josep Maria Oliveras’ work is also remarkable in that he was responsible for photographing the pieces created for posters of earlier editions of the festival by other artists such as Antoni Tàpies, Narcís Comadira, Frederic Amat and Santi Moix. With his piece for this year’s festival, he has moved from sitting in wings to take center stage.
Before Oliveras created this essential portrait for the Temporada Alta festival, he had already produced several others, albeit completely different. Last year, in the Casa de Cultura in Girona, he exhibited a series of portraits that he had produced of the sculptor Torres Monsó. Whilst these portraits played with baroque imagery, the character that Oliveras has created for the festival’s poster makes its impact through the scarcity of elements used. Whereas in his early works he manipulated and deformed the sculptor’s face, the man (or woman) in the festival’s poster brings to mind a face sketched by an artist with a couple of swift brushstrokes.
Josep Maria Oliveras has had an extensive career in the field of professional photography, publishing and curating exhibitions. The poster that he has produced for the Temporada Alta festival represents the most personal side of his work. “For the last two or three years, I have tried not to work so much on commissioned pieces, but rather to create more personal works, focused on what I want to say within the field of imagery”, he states. While he continues experimenting in order to find his own language and poetry, the artist does not distance himself from the reality that surrounds him. “I have the same concerns as most people do” he asserts. “We live in critical and painful times”.
As well as becoming the image of the Temporada Alta festival, the character created by Josep Maria Oliveras can be seen at an exhibition in the autumn at the Bòlit, Girona’s contemporary art centre. It will be accompanied by two videos by Perejaume and a video installation by Javier Pérez. “The piece is designed to adapt to different formats. It is just necessary to bear in mind the dimensions and the blackness that surrounds the character”. The same blankness that engulfs a theatre just before the performance starts. 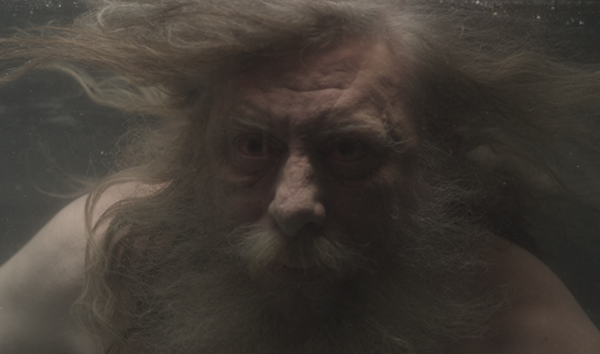 This short film was rolled thanks to an impressive production: inside a five meters deep swimming pool, covered by black linoleum in order to reach the right texture and light. The spot was filmed entirely during the night with submarine robots, under the direction of Salvador Sunyer i Vidal and Nanouk films’ production.
To sum up, a crew of 25 professionals and a lot of volunteers.
The short film wants to insert itself into the artistic trend of Barocco, with a specific link with some illustrations and print of Dante’s Divina Commedia. According to the authors it “expects to be a mythological tale about redemption. A scream in favor of purge. A necessary purge to return starting again, had been learning from mistakes.