We achieve the highest number of visitors and ticket sales so far. We timidly begin to co-produce shows with festivals and theatres from outside the country. La marea by Claudio Tolcahir and La Pesca by Ricardo Bartís are some of these co-productions. With regard to domestic drama, we schedule and produce artists such as Pau Miró, Jordi Prat i Coll, Rosa Maria Sardà and Àlex Rigola. 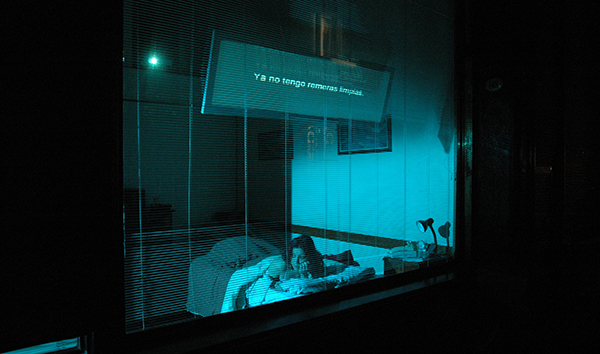 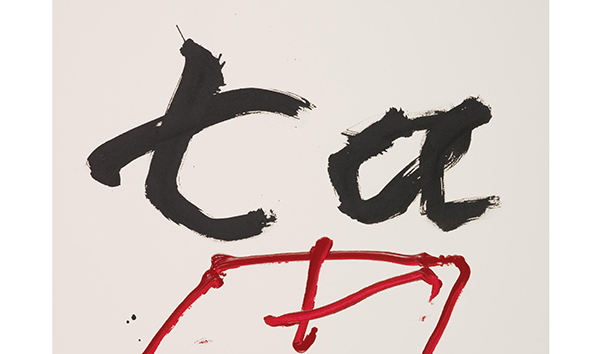 Antoni Tàpies was born in Barcelona in 1923 to a middle-class educated Catalan nationalist family, which since the latter half of the 19th century had been involved in publishing and book selling, a fact which lead to the artist’s love for books and for literature.
This predisposition was accentuated during his long convalescence from a respiratory illness, during which he began his first attempts at artistic expression. He progressively began to dedicate himself with greater intensity to drawing and painting, and eventually left his studies to dedicate himself to the pursuit on a permanent basis. During the forties he was already showing his works which were noteworthy on the artistic scene at the time.
He possessed the generalized emotional response which affected artists on both sides of the Atlantic stemming from the Second World War and the dropping of the atomic bomb. From an early age Antoni Tàpies expressed an interest for material (or matter) – the earth, dust, atoms and particles which he brought together in the use of foreign materials to academic artistic expression and in experimentation of new techniques. These “material paintings” form a substantial part of Tàpies’ work and constitute a project which is still continuing to develop today. Tàpies believes that the notion of material must also be understood from the perspective of medieval mysticism such as magic, mimesis and alchemy. In this sense one has to understand the desire the artist has to transform our inner selves through the power of his paintings.

During the fifties and sixties Antoni Tàpies continued to create a series of images, generally extracted from his immediate surroundings and which appear in the different stages of his own development.
The same image is often represented in various manners and yet will also possess a series of different meanings which superimpose themselves on one another. The artist’s message is centered on the revaluation of that which is considered low, repulsive, material (hence the fact that Tàpies often chooses themes which have been traditionally considered as disagreeable and fetishistic, such as a defecating anus, a lost shoe, tap, a foot and others).
As such, the works of Antoni Tàpies have always been permeable to the political and social events of the time. At the end of the sixties and the beginning of the seventies his own political commitment against the dictatorship intensified, and his works from this period have a marked character of denouncement and of protest. Coinciding with the emergence of arte povera in Europe and post minimalism in the United States, Tàpies accentuated his work with objects, not showing them as they are, but printing his work with their stamp and incorporating them to his own language. At the beginning of the eighties, after the restoration of democracy in Spain, the interest of Tàpies for canvas as an artistic support acquired renewed force. During these years he made works using foam-rubber or spray technique, using varnishes and creating objects and sculptures made from grog (granulose clay) or bronze, while he remained highly active in the field of graphic works. On the other hand, at the end of the eighties, Tàpies’ interest in Oriental culture appears to have increased, this was a concern which he had already developed during the post-war years and which slowly became a fundamental philosophical influence on his work due to its emphasis on the material, through the identity between Man and Nature and through the negation of dualism in our society. Tàpies also felt attracted to a new generation of scientists who provided a vision of the universe which understood matter as an entity in constant change and formation.
His work over the last few years constitutes above all a reflection on pain, both physical and spiritual pain, understood as an integral part of life. Influenced by Buddhist thought, Tàpies considers that a greater understanding of pain allows its effects to be more agreeable and therefore this improves the quality of life. The passage of time, which had always been a constant theme in the work of Tàpies, now acquires new tones in life as a personal experience which brings greater self-knowledge and a clearer understanding of the world around him. Over the last few years Antoni Tàpies has established an artistic language which artistically translates on the one hand his own conception of art, and on the other, renewed philosophical concerns over time. His artistic practice continues to be permeable to the brutality of the present, while it offers a form which despite its flexibility, remains faithful to its origins. In this sense the works of recent years are not only inscribed into the contemporary, they are also a registry of the past of the artist himself.
Parallel to his pictorial production and production of objects, since 1947 Tàpies has developed an intense activity in the area of graphic arts. In this area the artist has produced a large number of books for collectors and files in close work with poets and writers such as Alberti, Bonnefoy, Du Bouchet, Brodsky, Brossa, Daive, Dupin, Foix, Frémon, Gimferrer, Guillén, Jabès, Mestres Quadreny, Mitscherlich, Paz, Saramago, Takiguchi, Ullán, Valente and Zambrano, among others.
In this way, Antoni Tàpies has developed his talents as a writer and he has been published on numerous occasions, some of his essays have been translated into various languages, among them La Pràctica de L’art (1970), L’art contra L’estètica (1974), Memòria Personal (1978), La Realitat com a Art (1982), Per un Art Modern i Progressista (1985), Valor de L’art (1993) and L’art i els Seus Llocs (1999).