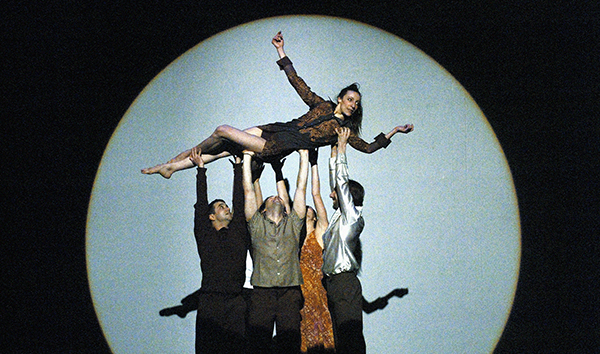 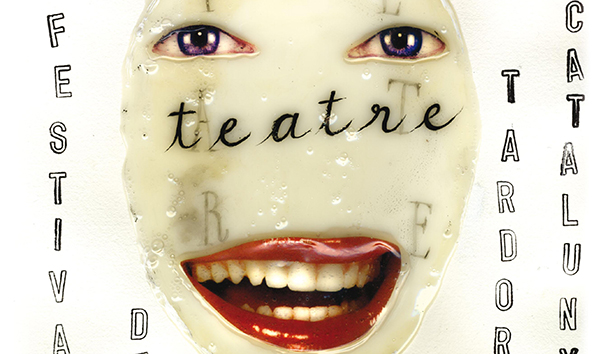 An ovaloid stain, two eyes and a mouth. No more is needed, poets work that way. A bit of skin to feel what is without and within, eyes full of emotion and a pair of open lips, the natural setting for the words, the «marvelous, dark and fascinating space », as the artist himself would say. Altogether, a living face which is a mask at one and the same time. The portrait of any of us, as even the word we use to describe ourselves “person”, comes from the Latin expression “mask of an actor”. The poster of this year’s Temporada Alta confronts us with these words from Jaume Plensa (Barcelona, 1955), a sculptor and graphic artist trained in Barcelona -in La Llotja and the Escola Superior de Belles Arts de Sant Jordi- and distinguished, among other merits for his nomination as Chevalier des Arts et des Lettres by the French Ministry for Culture (1993), The Fine Arts Prize of the Catalan Government (1997) and the title of Doctor Honoris Causa from the School of the Art Institute of Chicago (2005).

Two of the basic elements in the work of Plensa, and which are present in his numerous exhibitions around the world – in the Reina Sofia in Madrid (2000), or The Arts Club Centre of Chicago (2004), to quote just two -, in public sculpture -scattered across Europe, America and Asia – and in the interdisciplinary collaborative works for opera and theatre performances, are the body and the text, shared by the soul of Temporada Alta: the theatre. Contemporary art, like Baroque art in its time, is an art which suits the stage and anything else which requires time to take shape, which is why his poster is full of words. Texts and messages appear often in Plensa’s work, as they are inseparable from their time, constructors of the memory and guardians of the self. This artist is interested in that which leaves residue – a mysterious liquid, for example, inside test tubes in Glass Heads (2003) – or which is left marked on the skin – the poems which cover the seated sculpture Tattoo (2003) -, like the word “theatre” beneath the skin of the face-mask of flesh, where experiences come to rest and on the tattooed flesh, in contact with the world. Plensa perceives time as a «sedimenter of experiences », as the demiurgic phenomenon which places experiences as intense as those which occur in the theatre, with actors, with the word- which also includes, through absence, vibration of silence – and which reveal the consciousness of what it is to be a person, to be a face and a mask, to be the original and the representation.